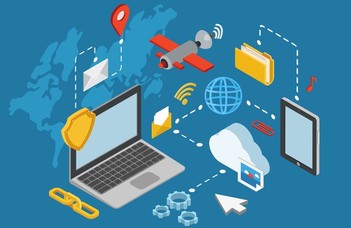 Swarms of autonomous low cost robots provide an attractive alternative when facing various large-scale tasks in hazardous or hostile environments. The interest in autonomous mobile robot systems arose in a wide variety of contexts. Such systems can be made cheaper, more flexible and potentially resilient to faults. Autonomous robots with limited visibility range need to perform local algorithms that use only information of the position the robots and of robots within their limited visibility range. The robots have to perform a common task, e.g. gather at a point, cover agiven area or barrier, or form a given pattern, etc... The goal is to develop and analyze local algorithms for swarm robots for various tasks.

The goal is to investigate the capabilities and properties of distributed systems that consist of a large number of mobile sensors. These sensor systems systems are supposed to be able to self-organize in order to solve their tasks without any central control. The interest in such systems arose in a wide variety of contexts, particularly in hazardous or hostile environments. Such systems can be made cheaper, more exible and potentially resilient to faults. The sensors with limited visibility range need to perform local algorithms that use only information of the position the robots and of robots within their limited visibility range. We aim at building a theoretical foundation for self-organizing sensor systems that allows rigorous algorithmic research.

Over the last decades, a large number of middleboxes have been deployed in computer networks, to increase security and application performance, as well as to offer new services in the form of static and dynamic in-network processing (see the services by Akamai, Google Global Cache, Netflix Open Connect). However, the increasing cost and inflexibility of hardware middleboxes (slow deployment, complex upgrades, lack of scalability), motivated the advent of Network Function Virtualization (NFV), which aims to run the functionality provided by middleboxes as software on commodity hardware. We currently also witness first deployments, e.g., TeraStream. Especially the possibility to chain individual network functions to form more complex services has recently attracted much interest, both in academia, as well as in industry. Developing efficient methods and algorithmic techniques in this field a new challanging research topic.

The virtualization and softwarization of modern computer networks enables the definition and fast deployment of novel network services called service chains: sequences of virtualized network functions (e.g., firewalls, caches, traffic optimizers) through which traffic is routed between source and destination. Modern computer networks also offer new flexibilities in terms of how traffic can be routed through such network functions. In particular, using SoftwareDefined Networking (SDN) technology, traffic can be steered along arbitrary routes satifying certain constraints, which depend on the application. These trends enable the realization of new in-network communication services called service chains. Such advanced network services open new opportunities, for example, for Internet Service Providers, which can become “miniature cloud providers”, specialized for in-network processing. Developing optimization methods and algorithmic techniques in this field for various objectives is a new challanging topic.